The Great Wall's Euler brand issued a group of official maps for the new retro model and said it will officially start at the Shanghai Auto Show opening on April 19.

It is reported that the new owner hits the retro route, and it is largely drawn on the first generation of mass countersters. At the same time, the new car has opened "Naming Troch" channel. At present, the candidate name includes the Euler Elf Cat, Lua Published Cat, Elad noble cat, Euler Persian cat, Euler Royal Cat, Euler Orange Cat.

As can be seen from the official map, the overall design of the new car is rounded, the styling retro, the front headlight set adopts an elliptical shape, a double-rolling door design, and a two-color vehicle body, and the front and rear wing plates are wide and the body is width, and the effect of forming a wide body. 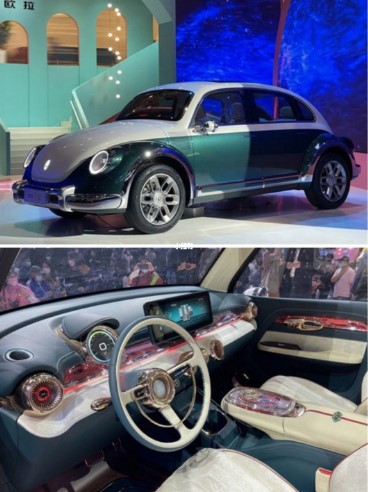 Compared to the appearance, the interior of the new car can say that the retro thinner is performed, the steering wheel shape in the last century is full, and there is a suspended medium control screen and a circular air conditioning outlet. Ou La officially called it "time shuttle" means a "nostalgic" that can be given to the passenger.

And there is no announcement in terms of configuration power

Next: Leeco Will Return to Super TV To Occupy the c position. Will The Storyteller Be jia yueeting?